Death of a Dynasty is the sixth and final episode of Walking with Dinosaurs, following the story of a female Tyrannosaurus rex and her young just before the extinction of the non-avian dinosaurs (along with the pterosaurs, plesiosaurs, mosasaurs, ichthyosaurs, ammonites and other species of animals and plants).

Several months before the Cretaceous–Paleogene extinction event, the last dinosaurs are living under intense environmental stress due to excessive volcanism. A female Tyrannosaurus abandons her nest, the eggs rendered infertile due to poisonous volcanic gases. Her calls for a mate are answered by a smaller male, who kills a young Triceratops to appease her. Three days later, after repeated copulation, she drives him off. The mother fasts as she tends to her nest, contending with raids by Dromaeosaurus and Didelphodon. Meanwhile, herds of Anatotitan wander between islands of vegetation among the volcanic ash, and Torosaurus rut for the right to mate, while losing their young to attacking dromaeosaurs. Only three of the Tyrannosaurus eggs hatch; the mother hunts an Anatotitan to feed herself and her brood. Several days later, while defending her two surviving offspring, the mother is fatally injured by the tail of an Ankylosaurus. The juveniles remain expectantly next to the carcass of their mother the next morning; several hours later, they are killed along with the other dinosaurs in the region by the impact of a comet in the Gulf of Mexico. The impact, said to be as powerful as ten billion Hiroshima bombs, resulted in 65% of life -the dinosaurs included- dying out in the ensuing cataclysmic climate changes. In an epilogue, the present-day African plains are shown; while they are now dominated by mammals after the extinction, they are still populated by numerous surviving dinosaurs: the birds. After this episode's end credits, the Tyrannosaurs roar is heard one more time. 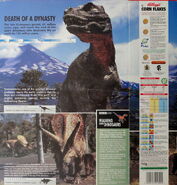 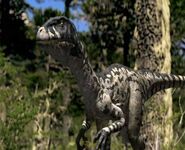 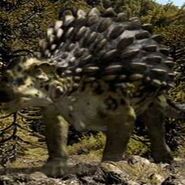 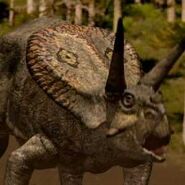 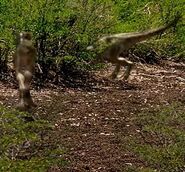 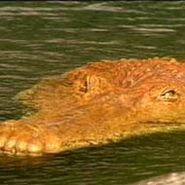 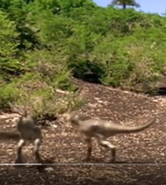 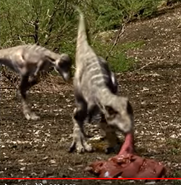 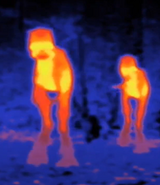 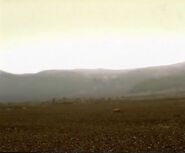 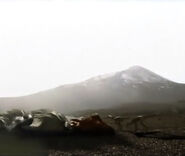 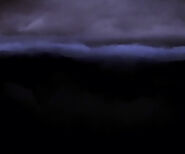