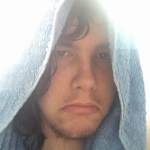 RE: Talk pages have returned!Edit

I don't mind a bit! Collector1

Uh...I said I would like a banner, not that I found something wrong with it. Collector1

I noticed this wiki has custom badges, that appear completely custom instead of simply a different picture and name; how do you do this? --Ibexgod

Thank you for the template! Collector1

Once again, thanks! Collector1

Things I want to addressEdit

HEY, Lythronax, I have some things I would like to address.

First, should we use American English for our articles or British English?

Second, what's the point of the numerical system we have for episodes? (For example: 102. Into the Jaws of Death). I see no use in putting of using what you've been doing because most of the Walking with... Series installments have only had one season with the exception of Prehistoric Planet. But Prehistoric Planet was essentially a toned down version of WWD and WWB that reused the same footage as the latter. Plus, its article has since been deleted and its information moved to the Walking with Dinosaurs article.

I found some promos of the original Walking With Dinosaurs that aired on ABC. I wish for these not to be uploaded to the Youtube channel, unless you say otherwise. So here's the list:

Over the years I've noticed streamed copies of Walking With Monsters and, wanting to explain a concept to friends, I have provided them. I have noticed that every single online version of this series has been heavily edited. The location subtitles and atmospheric/geological data have been edited out, but the ping noise that appeared alongside the words is still there. Entire subplots have also been removed, such as the amphibian in the Permian Act of Episode 3, which now only appears when being dug out.

Was this taken from an officially edited and condensed broadcast, or are all streamed versions mirrors of the same bootleg?-- Forerunner 14:34, June 30, 2014 (UTC)

They seem to have been cut down to about 30 minutes long. I suppose they could have all been recorded from a broadcast version that only lasted 40 minutes (plus commercial brakes). Does your DVD say how much longer the Region 2 episodes are?-- Forerunner 16:19, June 30, 2014 (UTC)

Well, if they were always at ~30 minutes in length, then the 'edited' versions must have logically been slowed down when distributed online.-- Forerunner 19:24, June 30, 2014 (UTC)

Do you mind if I re-use the code from some of your mainpage templates for the mainpage of Speculative Evolution Wiki? ~~Myotragus 23:54, July 11, 2014 (UTC)

Sorry about what i was doing i was just doing what i could for you did a lot,its hard to find some images,no used and i speak english so i'm sorry. —Preceding unsigned comment added by Dragon storm101 (talk • contribs)

I'm sorry, Lythronax. I am unable to promote back to administrator or anyone for that matter. According to my user rights I wasn't given permission to give any user a higher rank. I'm going to go ask Bacner and see if he could do anything about both our situations. --The Collector 21:52, November 27, 2014 (UTC)

About your message from my talk pageEdit

Sorry for the late response, I've been busy with other stuff. Anyway, about the Next of Kin and Sabre Tooth picture titles: that was an accident. I wanted them to have similar titles to the other pictures I uploaded, and I was gonna either delete them, reupload the pictures and give them new names or retitle them, but I couldn't figure out how to do either of those ideas.

EDIT: Crap, I made the same mistake again. Can you delete the picture so that I can reupload it with a proper title, or is there another way to retitle the picture?

Ive just noticed some of the Achivement Badges that have images such as Tyrannosaurs, Homo habilis and the Wooly Mammoth have been set to the default images.

Just to let you know

Hello, Lythronax! I noticed you had founded an Afrikaans language wiki and I was wondering if you spoke Afrikaans. Thank you :)

Thanks for the fast answer. I was actually just hoping for an Afrikaans native speaker. The first proper AF wiki has yet to come for Wikia, I'm afraid.src Language Brigadiers are just a nice little extra when I have such alternatives :)

Hey, Lythronax. I just wanted to stop by and ask you a question. Was there any useful behind the scenes info from the book Walking with Dinosaurs: The Evidence? --The Collector 21:22, May 24, 2016 (UTC)

When are you going to publish the Ben Bartlett interview ? I'm waiting for this for a bit of time, and I impatient to read it !

Second thing : You've done a really good job with this wiki, and I like adding a thing or two in some articles ...

Thank you for your kind words.

Unfortunately, although Ben and I did have a conversation, he never responded to the questions I asked.

Hey Lythronax, it's me again ^^

Just a question : Why Cruel Sea article is locked ? We can't do modification on it ...

I have unlocked the article for you. Happy editing. :)

That is a question about Walkingpedia. What's the difference between this wiki and Walkingpedia ? A simple question, but I don't really understand why you've done another wiki about Walking with ... , because this wiki is really good and complete.

I hope you will answer me soon :)

Again, another question ,but you're the only active admin, so I can't ask nobody else ^^

Just out of curiosity, how can we get an admin ? I know that I don't have participated enough on the wiki, but it was a question that popped into my head ... :)

Another "no account" guy vandalised Walking with Dinosaurs: The Movie page with a stupid category. Please block/ban him

EDIT2 : Another guy you need to ban. He insulted a member of the community : GUY2

Hello! Is it allowed to use this (http://walkingwith.wikia.com/wiki/File:CGTPL_Hybodus.jpg) image of Hybodus for a non-commercial publication in a german amateur-palaeontologist paper. I'm writing someone about fossil Hybodus teeth and it would be fine to use it! regards Joachim

Walking with Wikis and Community BuilderEdit

This is Chen from FANDOM’s Community team.

How would you like to get more readers and editors onto your community? We’re building a new feature that we hope will do just that, and you can help shape it.

Over the last year, we’ve been working on a brand new feature - Community Builder, and we’ve identified a few wikis as the best candidates to have this first experience. And, your wiki is one of them! Why? Because it has a great structure for characters, seasons, episodes, etc! You can simply customize the page type to fit your needs. We designed the Community Builder from the start in mind to mirror that same structure.

This new layout is still early in its life, and we’re testing a bunch of ideas. We would be thrilled to have you help us learn how to make it even better! Would you be interested in joining us on this journey?

Before you give it a try, I would like to tell you some exciting key points about this tool:

Here is a great example how it looks like: Yellowstone wiki. Feel free to check it out!

I hope this has grabbed your interest. If you have any questions, ask away. If everything looks good to you, we’d love to switch you over to the new layout. Does this sound good to you? Please let me know and I will take care of the rest.

Hi Lythronax! I'm so glad to hear back from you. That's great to know you would like to join us for this new experience! We will add theme designer by the end of December so that will give admins some customization options to make it even look even nicer and unique.

I will talk to the team and start the migration process soon. Once the migration starts, we may need to freeze this wiki at some point so there won't be any missing content added to this wiki but not showing up on the new wiki. I will confirm with you before that happens. Currently the builder doesn't have too many admin tools to use but our team has been working on those features. We are happy to work together with you on the migration process and the future development of the builder.

If you would like to help with the migration and map some content to the new wiki, that will be great because you know the best about this community. One more thing is: the migration is not revertible. Once it happens, we cannot change it back to Mediawiki because the builder is built on a different platform. Will you be okay about this?

Do you have any questions about the builder or anything else before we start the migration? Please let me know.

Retrieved from "https://walkingwith.fandom.com/wiki/User_talk:Lythronax?oldid=56210"
Community content is available under CC-BY-SA unless otherwise noted.